Gravitational lenses such as galaxies and galaxy clusters, can magnify the flux of background galaxies. These galaxies at high redshift can host supernovae which, thanks to the magnification boost due to lensing, can be observed, otherwise too faint to be detected by current telescopes. Under the right circumstances, the background galaxies may also have multiple images due to the strong lensing. Of particular interest is to detect lensed supernovae of type Ia, because of their standard brightness. They could help improve lensing models and, if multiple images are observed, the Hubble constant can be measured independently.

Simplified scheme of the setup of a gravitational lens. The light from the background source is being bent by the curvature of the massive object acting as a lens. If certain conditions are satisfied, the observer sees multiple images of the same source. Credit: Mohammadpour Mir. 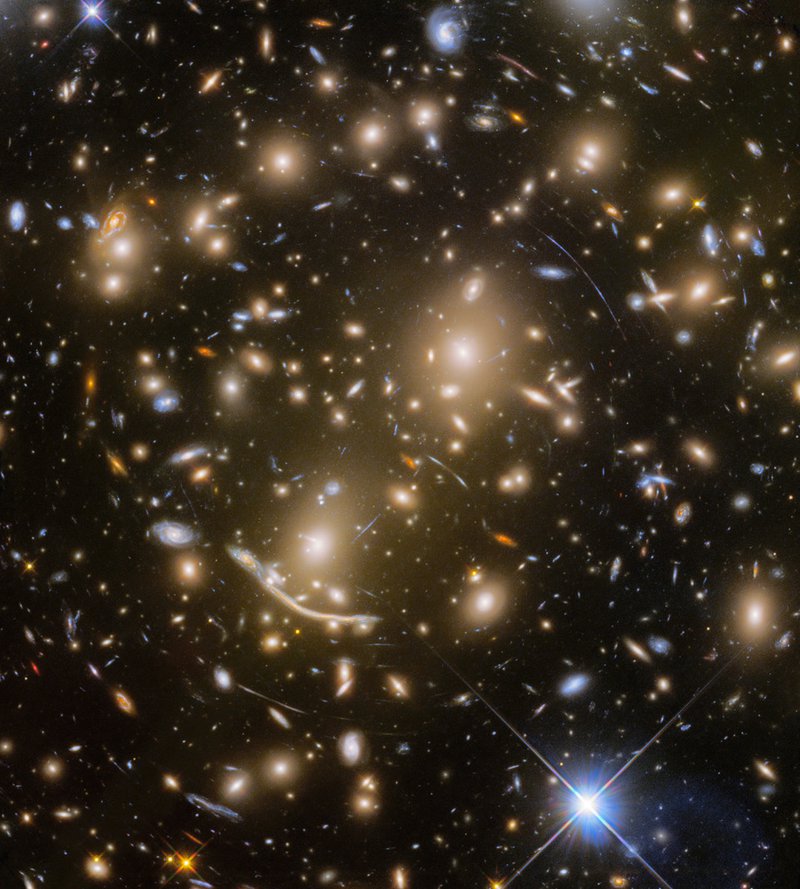 We use galaxy clusters as gravitational telescopes to search for lensed supernovae at high redshift. Very large Hubble Space telescope (HST) programs with more than thousand orbits have been targeting galaxy clusters, to improve cluster lensing models and search for supernovae. Remarkably, they resulted in the discovery of the first multiply-imaged supernova (dubbed “supernova Refsdal”) behind a galaxy cluster. In the past, we performed ground-based, near-infrared and optical search campaigns towards the massive clusters Abell 1689 and Abell 370, which are among the most powerful gravitational telescopes known. Most notable is the discovery of one of the most distant core-collapse supernova ever found, at redshift z=1.703 with a lensing magnification factor of 4.3±0.3. Furthermore, thanks to the power of the lensing cluster, it was possible to estimate the volumetric core-collapse supernova rates and compare it with the predictions from cosmic star formation history, see A1689 study and A370 study. We also presented the magnifications and the time delays for the multiply-imaged galaxies behind the Hubble Frontier Fields (HFF) galaxy clusters, by using recently published lensing models. Read more. 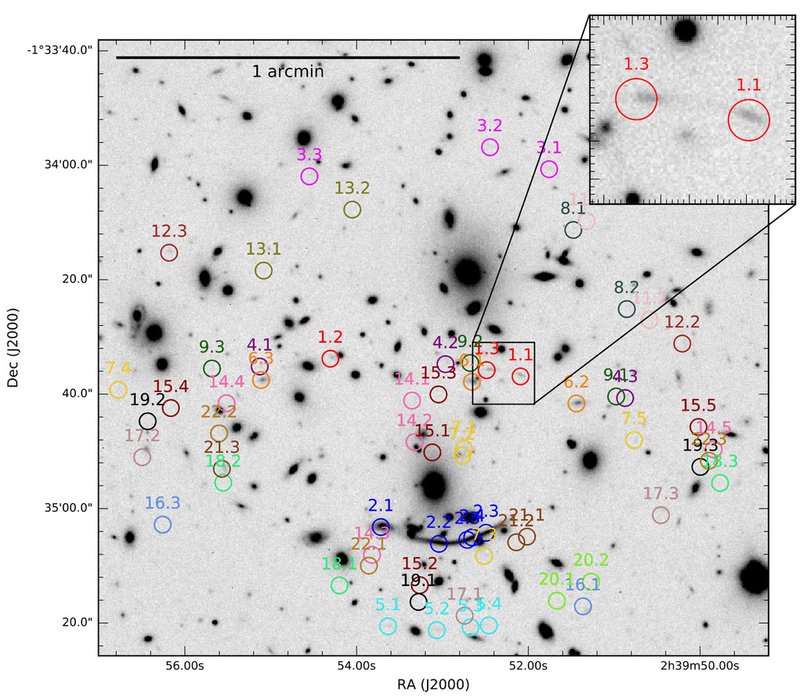 Magnification from a galaxy lens also allows for detailed studies of the supernova properties at high redshift that otherwise would not be possible. Spectroscopic observations of lensed high-redshift supernovae Ia are of particular interest since they can be used to test for evolution of the standard candle nature of these objects. However, if systematic redshift-dependent properties are found, their utility for future surveys could be challenged. In the past, we investigated whether the properties of the strongly lensed and very distant supernova Ia PS1-10afx at z = 1.4, deviates from the well-studied nearby and intermediate populations of normal supernovae Ia. We did not find signs of spectral evolution in PS1-10afx. Read more.

Looking forward, we estimated the expectations of discovering supernova exploding in the multiply-imaged galaxies behind A1689 and HFF clusters for future surveys: James Webb Space Telescope and Vera Rubin Observatory. Furthermore, we aim to estimate the expectations for cluster-lensed supernovae by considering all visible clusters in the sky. Particularly interesting for this science case is the upcoming Roman Space Telescope with its filters that extend to the infrared.