In a set of papers, published on January 13, 2021 in Nature and Nature Astronomy, multiple international science teams concluded that the blast came from a supermagnetized stellar remnant known as a magnetar located in a neighboring galaxy. 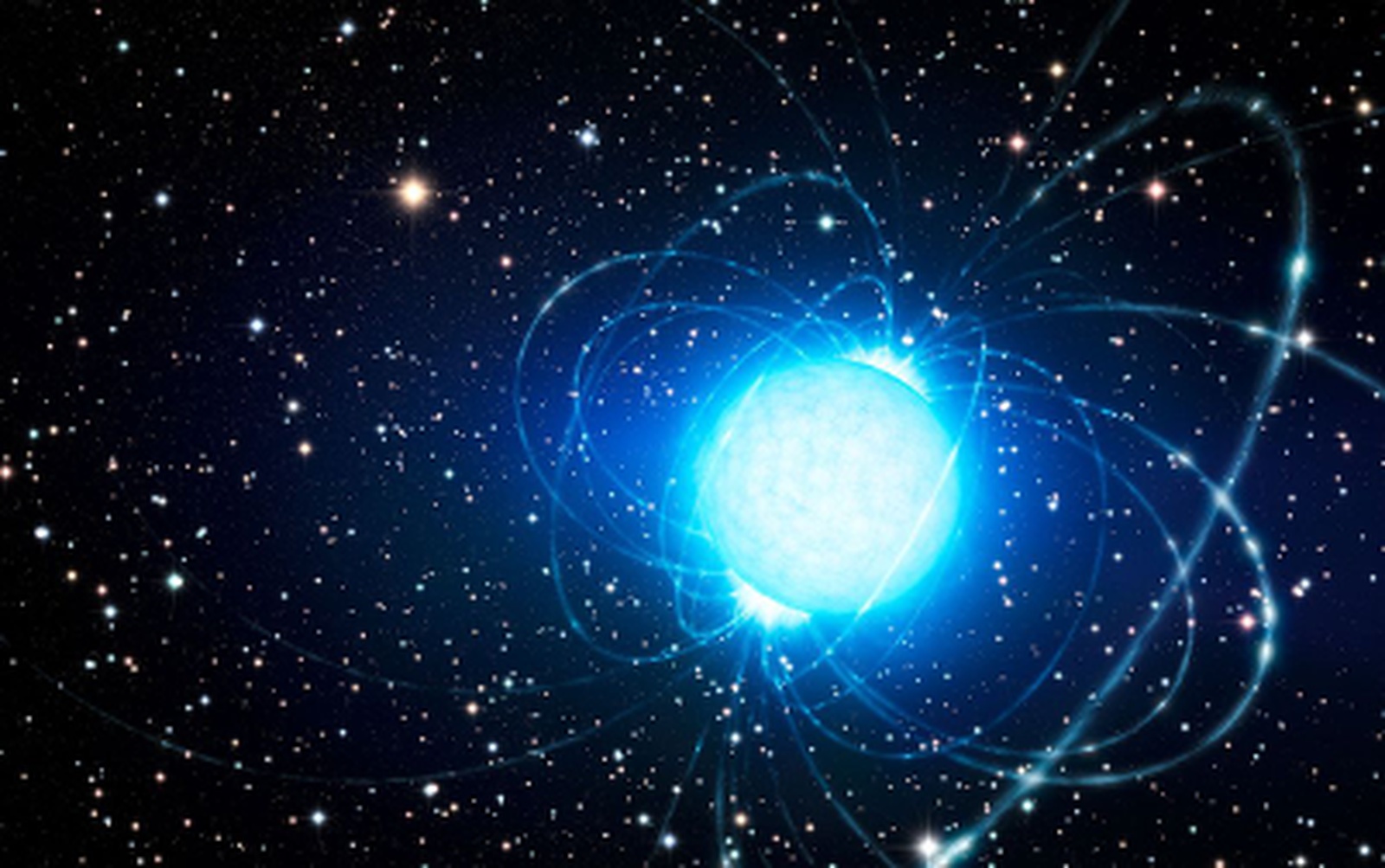 On April 15, 2020, a brief burst of high-energy light swept through the solar system, triggering instruments on several NASA and European spacecrafts. In a set of papers, published on January 13, 2021 in Nature and Nature Astronomy, multiple international science teams concluded that the blast came from a supermagnetized stellar remnant known as a magnetar located in a neighboring galaxy. In particular, the team of the Fermi LAT telescope, with the participation of Gabrijela Zaharijas, member of the Center for Astrophysics and Cosmology at the University of Nova Gorica, reported the discovery of a very energetic emission from magnetars, proving that they make up a new class of short gamma ray bursts, and shining light on astrophysical processes that take place in the vicinity of magnetars.

The brief burst of high-energy light, which lasted just 140 milliseconds – as fast as a finger snap – was discovered on April 15, 2020. It was detected by instruments aboard several spacecrafts in a tantalizing sequence of events: first, a brief, powerful burst of X-rays and gamma rays swept past Mars, triggering the Russian High Energy Neutron Detector aboard NASA’s Mars Odyssey spacecraft. About 6.6 minutes later, the burst triggered the Russian Konus instrument aboard NASA’s Wind satellite, which orbits a point between Earth and the Sun, about 1.5 million kilometers from Earth. After another 4.5 seconds, the radiation passed Earth, triggering instruments on NASA’s Fermi Gamma-ray Space Telescope, as well as on the European Space Agency’s INTEGRAL satellite and Atmosphere-Space Interactions Monitor aboard the International Space Station. Soon after, also the Burst Alert Telescope (BAT) on NASA’s Neil Gehrels Swift Observatory provided valuable data.

Given the high number of experiments measuring the arrival of the signal at different positions and times, the scientists were then able to pinpoint the origin of the signal to a (relatively) nearby galaxy NGC253 in Sculptor constellation, 11 million light years away (for a comparison, the size of the disk of our own Galaxy is about hundred times smaller).

There are two prime suspect sources for such short duration events. One are the (short) Gamma-Ray bursts, that originate in collision of compact objects (e.g. two neutron stars) and another are processes related to a single neutron star, a magnetar. Magnetars are neutron stars with the strongest-known magnetic fields (with up to a thousand times the intensity of typical neutron stars). While gamma-ray bursts are much brighter and we discover almost one per day (since they come from all corners of the universe), detection of emission from fainter magnetars is much more rare.

Most of the 29 magnetars now cataloged in our Milky Way galaxy exhibit occasional high-energy activity, but only two have produced giant flares. In 1979 a giant flare was discovered from a magnetar located in the Large Magellanic Cloud, a satellite of our galaxy. Giant flares are poorly understood, but astronomers think they result from a sudden rearrangement of the magnetic field. One possibility is that the field high above the surface of the magnetar may become too twisted, suddenly releasing energy as it settles into a more stable configuration. Alternatively, a mechanical failure of the magnetar’s crust – a starquake – may trigger the sudden reconfiguration.

The story of the April 15, 2020 event become even stranger when Fermi’s main instrument, the Large Area Telescope (LAT), also detected three gamma rays, with energies of 480 million electron volts (MeV), 1.3 billion electron volts (GeV), and 1.7 GeV – the highest-energy light ever detected from a magnetar giant flare. What’s surprising is that all of these gamma rays arrived between 19 seconds and 4.7 minutes after the main event, long after the flare had diminished in other instruments.

This discovery, published in a work that received contribution from the University of Nova Gorica scientists, changed our views on magnetars and gamma ray transients in two ways. Firstly, it allowed scientists to understand better how the GeV emission could be generated in the vicinity of magnetars. A magnetar produces a steady outflow of fast-moving particles. As it moves through space, this outflow plows into, slows, and diverts interstellar gas. The gas piles up, becomes heated and compressed, and forms a type of shock wave called a bow shock. In the model proposed by the LAT team, the flare’s initial pulse of gamma rays travels outward at the speed of light, followed by the cloud of ejected matter, which is moving nearly as fast. After several days, they both reach the bow shock. The gamma rays pass through. Seconds later, the cloud of particles – now expanded into a vast, thin shell – collides with accumulated gas at the bow shock. This interaction creates shock waves that accelerate particles, producing the highest-energy gamma rays after the main burst, explaining the delay measured by the Fermi LAT.

Secondly, it is now realized that a part of the known short gamma ray bursts could in fact actually be magnetars. Magnetars therefore appear to constitute their own new class of gamma-ray bursts, that will be explored in the years to come.

Papers analyzing different aspects of the event and its implications were published on Jan. 13, 2021 in the journals Nature and Nature Astronomy. 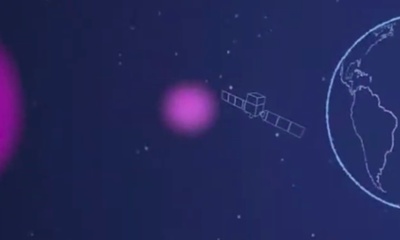 Visualization of a model of magnetar mass ejection, proposed by Fermi LAT, which describes the observed delay in gamma-ray detection. The smaller pink cloud (right) represents the initial gamma rays that passed directly through the bow shock. The larger cloud (left) represents gamma rays created by the matter (which is slower) when passing through the bow shock. Credit: NASA Press Office.

Visualization of a model of magnetar mass ejection, proposed by Fermi LAT, which describes the observed delay in gamma-ray detection. The smaller pink cloud (right) represents the initial gamma rays that passed directly through the bow shock. The larger cloud (left) represents gamma rays created by the matter (which is slower) when passing through the bow shock. Credit: NASA Press Office.