The nature of dark matter, the substance that accounts for more than 85% of all matter in the Universe, remains a mystery. Many theories predict that dark matter is made up from yet - undiscovered fundamental particles. A plethora of ground-based and space born experiments are looking for traces of these particles. A new study involving Tanja Petrushevska of the Center for Astrophysics and Cosmology at the University of Nova Gorica shows how researchers can use explosions of stars outside of our Milky Way to search for a particular class of dark matter particles. 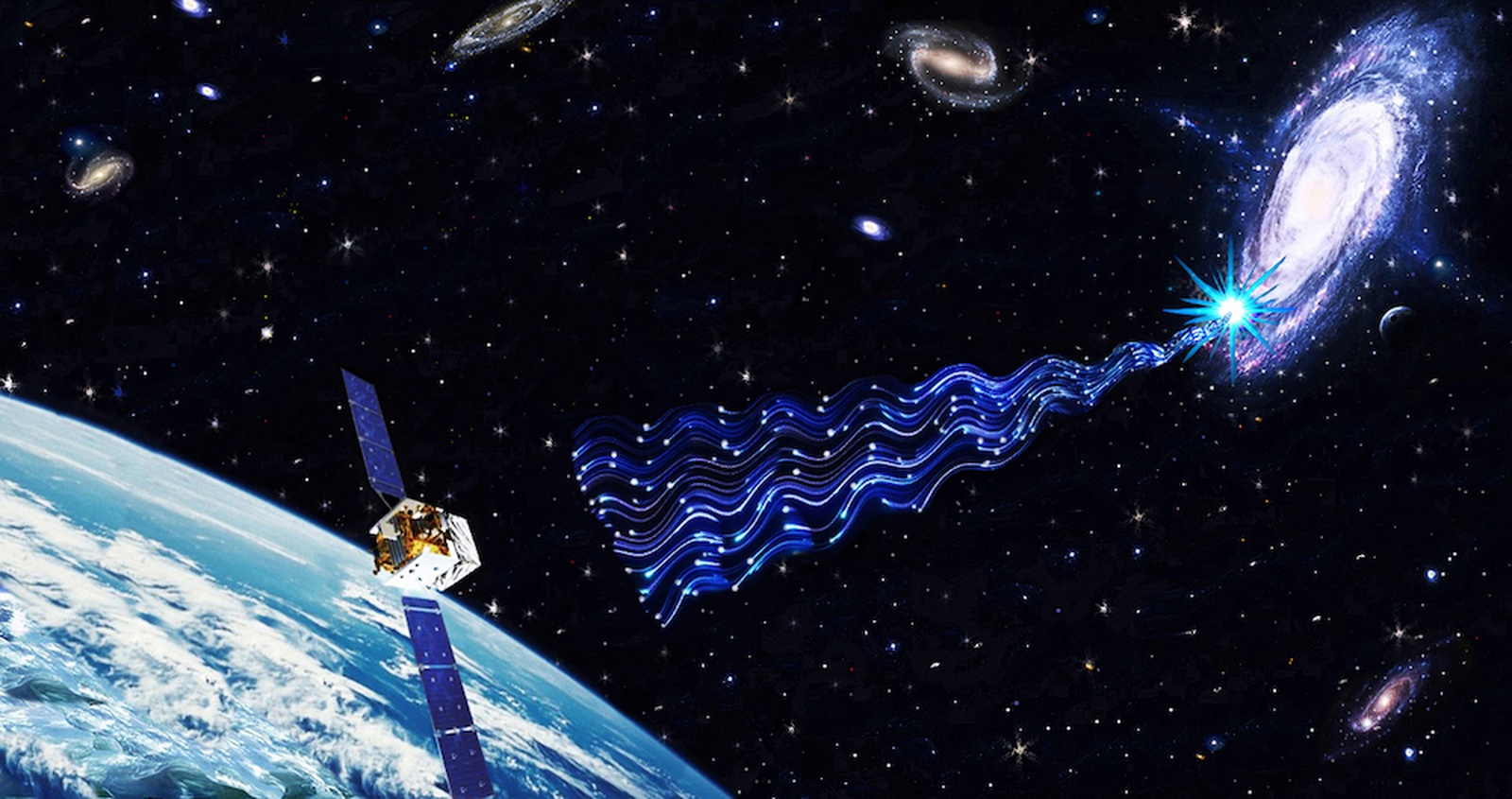 One popular hypothesis is that dark matter consists at least partially of hypothetical particles called axions. These particles are potentially lighter than any other known fundamental particle (neutrinos might be an exception), and can “interchange personality” with photons in electromagnetic field. In other words, when flying through a magnetic field or close to charged particles, a beam of axions could actually transform into photons or vice versa.

This special property leads to an intriguing possibility, where axions could be created during the explosion of a massive star at the end of its lifetime, an event commonly known as a supernova. In the core of the explosion, ions and protons are densely squeezed together, allowing energetic photons, called gamma rays, to transform into axions. In this ghostly axion form, they can quickly escape the dense core and slowly return to gamma-ray form on their long path through the magnetic fields in space.

Upon reaching Earth, the resulting short burst of gamma rays could be detected with the Large Area Telescope (LAT) on board the Fermi satellite, which constantly scans the entire sky for gamma rays and sees roughly 20% of the sky at any given moment. The challenge is to know when exactly to look for the burst, which, according to theory, is only tens of seconds long.

A new study uses the wealth of data collected with the Fermi LAT to search for the axion-induced bursts by correlating them, for the first time, with the results of dedicated supernova surveys which use traditional optical telescopes. These surveys detect hundreds of supernovae each year. By modeling the fading glow of the explosions, Manuel Meyer from the Erlangen Center of Astroparticle Physics and Tanja Petrushevska from the University Nova Gorica were able to make predictions for the time window of the explosion and search for the expected gamma-ray burst in the LAT data. Not finding any gamma-ray signal during the time windows in question, allowed them to constrain the interaction strength between axion particles and photons.

“Even though our study does not rule out the possibility of axion particles making up all of the dark matter, we were able to test a so-far unexplored region of the axion-particle parameter space”, says Meyer, who was responsible for the gamma-ray analysis. “Our study improves by a factor of two previous limits from the non-observation of the gamma-ray burst from the supernova that occurred in 1987 in the Large Magellanic cloud”.

There still remains a 10% chance that the LAT wasn’t looking at the right spot in the sky when the explosions occurred. “With on-going surveys such as the Zwicky Transient Facility and the up-coming Rubin Observatory, the chance that we observe at least one supernova explosion with Fermi should be almost 100%,” adds Petrushevska, who studies optical supernova observations. She continues, “this is one exciting part of the study: it opens up a new way to use supernova explosions in other galaxies to search for answers in fundamental physics.”