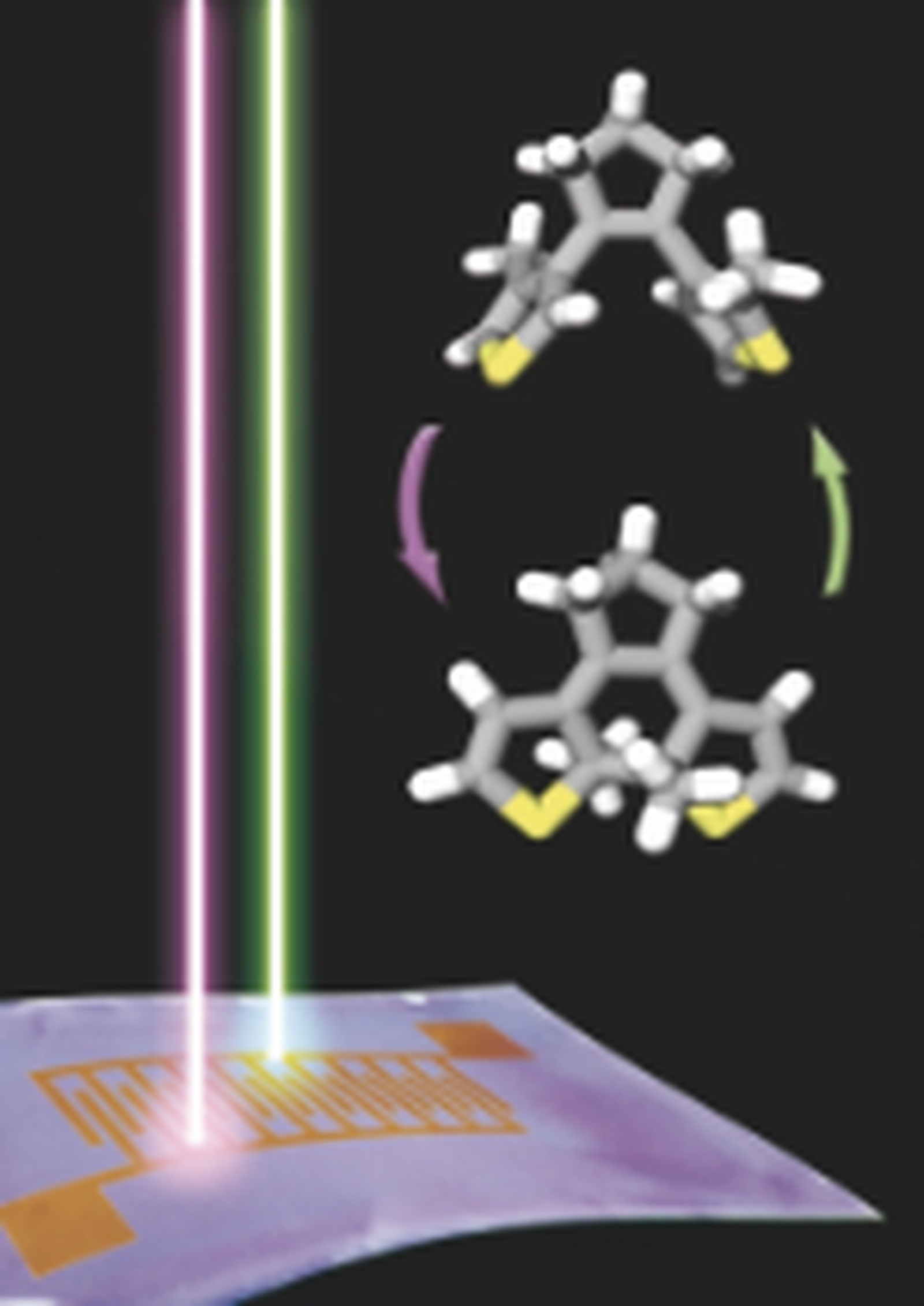 On June 21st, the prestigious international journal Nature Nanotechnology published an article, in which an international group of scientists from the University of Nova Gorica, Strasbourg University (France), CNRS (France), and Humboldt University Berlin (Germany) describes the results of their experimental study focused on design and fabrication of all-organic optical memory device. They report that a carefully selected combination of semiconducting polymers and light-sensitive molecules enables the construction of an extremely efficient optical memory device. Read and write of the information is accomplished by light pusles and not electrical circuits as usual.

Such memory device can store 256 times more bits of information than the existing single-level memory devices. At the same time, these cells use all the advantagesof organic semiconducors, as they are relatively easy to make, they are flexibe and promise integration with textiles for wearable electronics, e-paper and other advanced electronic devices that are made from organic semiconducting materials.
The memory device is built as a polymer-based electric switch. Light-sensitive molecules are blended with the polymer in a thin layer. They change their shape under the influence of light, which causes a change in conductivity of the blend. The scientists have discovered that with a specific combination of such molecules and the polymer it is possible to write the information into the memory element with green light. We can delete it with ultraviolet light.

With the use of laser light they managed to store - in one single memory element - as much as 256 different states – bits. This number equals eight classic memory elements. The new memory device exhibits very good stability - 70 read-write cycles, and the data remained written on it for over 500 days. The mechanical durability of such devices produced on a plastic foil is exceptional as they can, endure more than a thousand folds.

The published article is a result of three years’ work of the research team and represents a milestone in organic electronics that promises the development of totally new optoelectronic devices. The publication of the article confirms recently assigned first place of the University of Nova Gorica among Slovenian universities in the RUR ranking ("http://www.ung.si/en/news/1718/university-of-nova-gorica-best-university-in-slovenia-in-203th-place-in-world-rankings/"). Moreover, as the only Slovenian research institution it has gained its place at the very top of research in organic electronics.

Link to the article: "http://www.nature.com/nnano/journal/vaop/ncurrent/full/nnano.2016.87.html"