The scientists of the LIGO and Virgo collaborations and around 70 observatories around the world, including Slovene researchers, published an important finding in the field of gravitational waves. 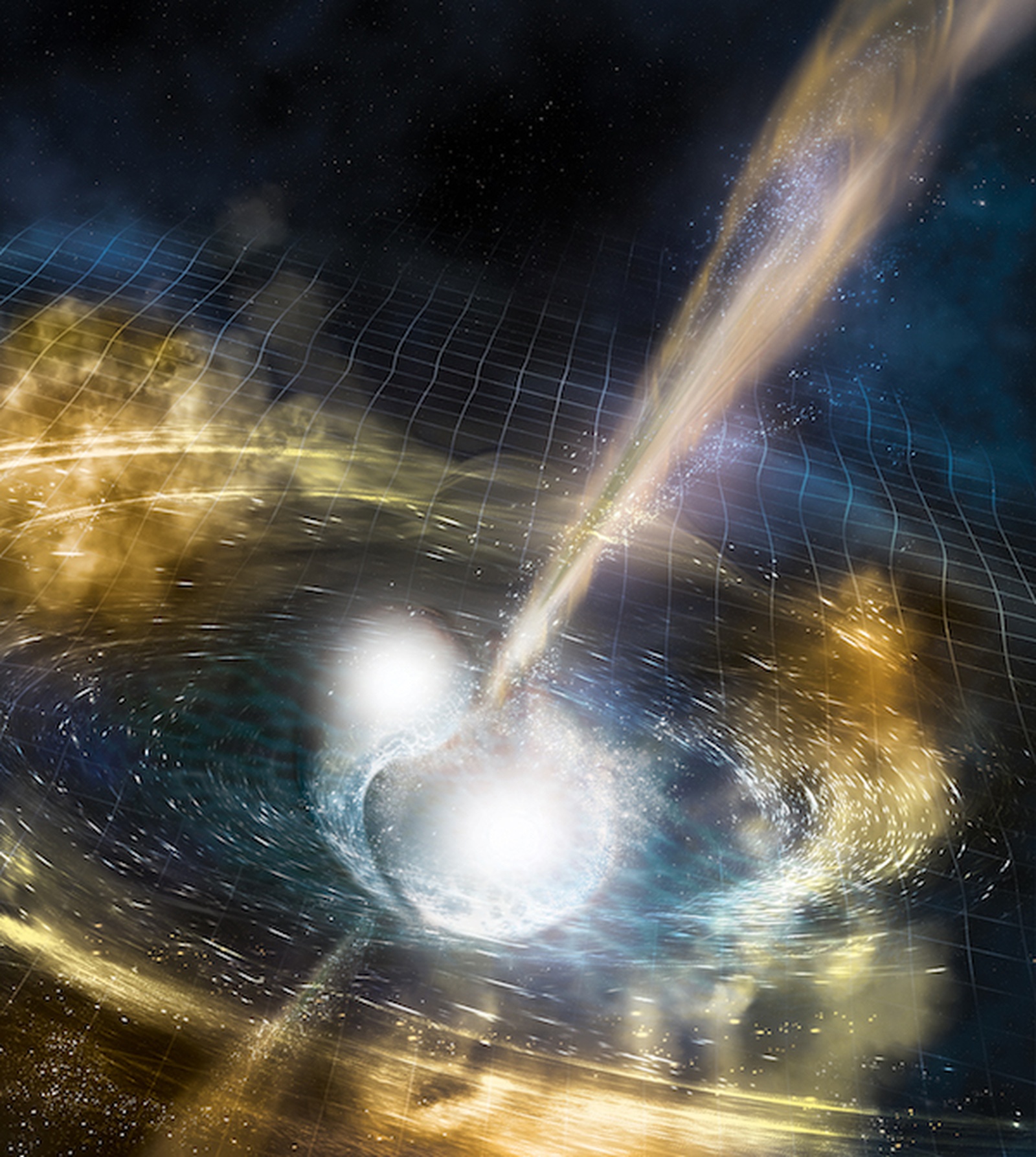 After the gravitational waves were first detected two years ago with the LIGO Observatory, who received this year’s Nobel prize for physics, three similar event were observed, all of which were the result of black hole fusions in deep space, more than a billion light years away from Earth.

Then, on 17 August 2017, at 14:41:04 CEST, the LIGO and Virgo observatories first detected gravitational waves resulting from fusion of two neutron stars.
In addition, the Fermi satellite detected a flash of gamma light in the same part of the sky with a 1.7-second delay, and a few hours later, the telescopes on Earth detected visible light.
These observations allowed the scientists to determine the exact point of origin. They found that the fusion of neutron stars happened in the NGC 4993 galaxy, a “mere” 130 billion light years away.

Among the thousands of researchers collaborating on the intensive research of this event were Slovene scientists: associates of the University of Nova Gorica, the Jožef Stefan Institute, the National Institute of Chemistry and the University of Ljubljana who work with the Pierre Auger Observatory in Argentina (Andrej Filipčič, Gašper Kukec Mezek, Ahmed Saleh, Samo Stanič, Marta Trini, Sergei Vorobiov, Lili Yang, Danilo Zavrtanik, Marko Zavrtanik), participate in the Fermi satellite mission (Gabrijela Zaharijaš) and do research as part of the GRAWITA project using the Very Large Telescope of the European Southern Observatory in Chile (Andreja Gomboc, Drejc Kopač).
The results were published in The Astrophysical Journal Letters and in Nature Astronomy.

For several decades, the fusion of neutron stars has been considered as the most probable theoretical model for creation of the so-called short gamma-ray bursts, which are one of the most energetic explosions in space. The latest observations of the gravity wave signals and the light that follows them finally resulted in direct proof of these models, which also has wider implication for the entire field of astrophysics.

Different types of observatories complement each other’s observations of space to create a more comprehensive picture of different phenomena. In case of the neutron stars fusion, the observatories help us find answers to many questions: from the creation of explosion and its effect on the wider galactic surroundings to the research of the fusion itself and the behaviour of matter and physical law in ultra-high densities inside the neutron stars which cannot be recreated in the laboratories on Earth.

The great importance of direct detection of gravitational waves, which confirmed the prediction Einstein made a hundred years ago and opened a new window into space, was also validated by this year’s Nobel Prize for Physics, which went to the LIGO project leaders.