Today (22 September 2017) the scientists of the international Pierre Auger Collaboration published their research findings showing that cosmic particles with a million times higher energies than the energy of proton in the large hadron collider originate outside of our galaxy. The results were published in the prestigious scientific journal Science. The research team included Slovene researchers from the University of Nova Gorica and the Jožef Stefan Institute. 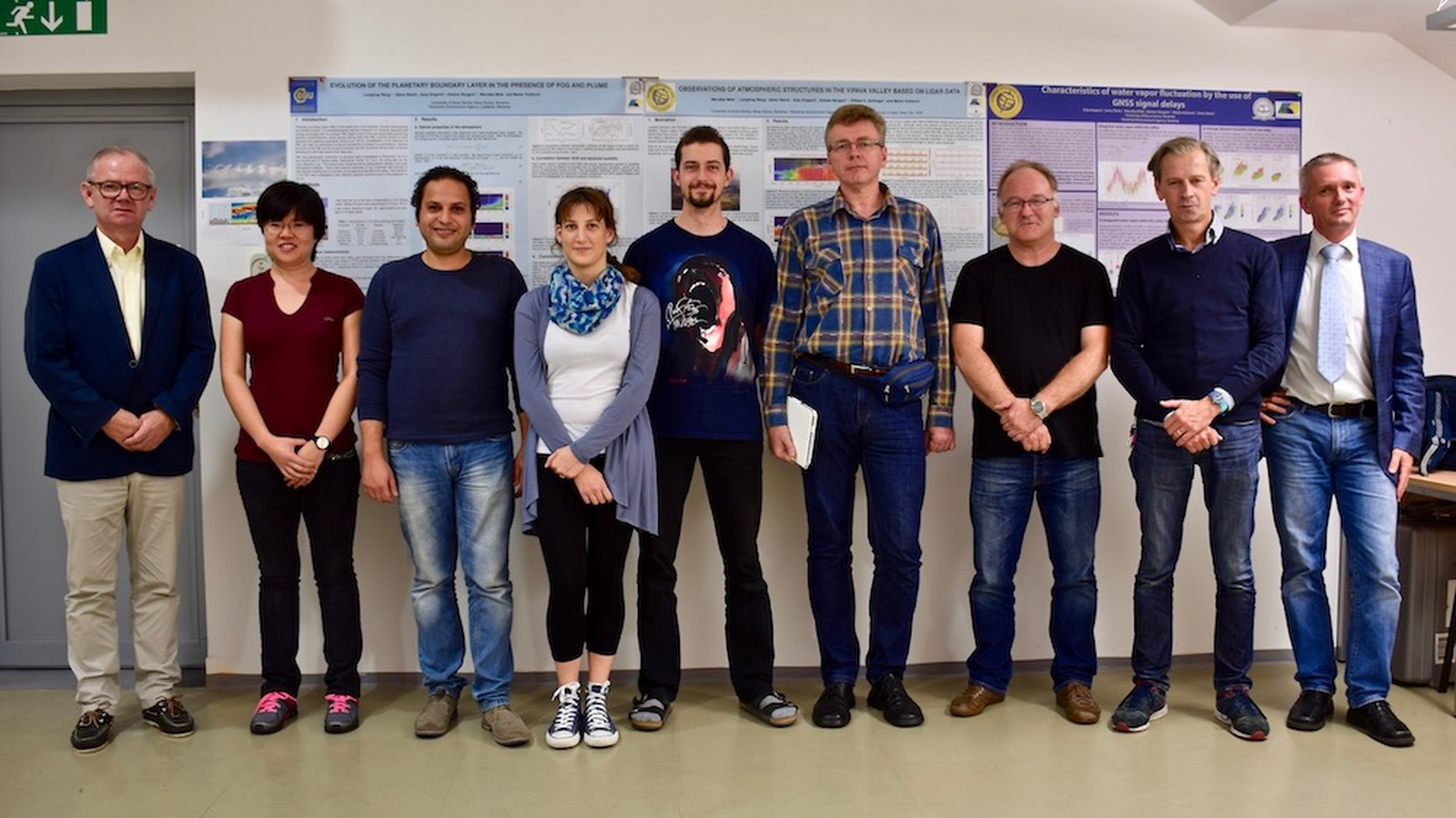 These revolutionary results answer the question of how and where the ultra-high-energy cosmic particles originate – within our galaxy or beyond it – which has been open for more than 50 years. One of the most probable places of origins are active galactic cores – centres of galaxies with black holes that consume the surrounding matter. The paper published in the Science Journal is based on more than ten years of measurements with the largest cosmic particle detector in the world, the Pierre Auger Observatory in Argentina. According to the current spokesperson of Collaboration, prof. Karl-Heinz Kampert from the University of Wuppertal, “we are now much closer to understanding the long-unsolved riddle of where and how the ultra-high-energy cosmic particles are created. Our measurements offer an unequivocal proof that they originate outside of our galaxy.”

The international Pierre Auger Collaboration includes more than 400 scientists, engineers, and technicians from 18 countries. The Slovene research group has been an active member ever since the conceptual design of the Pierre Auger Observatory, starting in 1994, James Cronin, Nobel Prize in Physics winner, professor emeritus at the University of Chicago and honorary doctor at the University of Nova Gorica, invited prof. dr. Danilo Zavrtanik to join the project. The observatory foundation stone was laid on 17 March 1999 in the Argentine province of Mendoza and the observatory has been measuring the characteristics of ultra-high-energy cosmic particles since January 2004, without interruption. The Pierre Auger Collaboration is a true international partnership, as none of the collaborating countries contributed a majority share for the construction of observatory, which cost 54 million American dollars in total, or its continued operation. The Slovene group collaborated on research tasks and for several years, the group leader, prof. dr. Danilo Zavrtanik, was also chair of the Collaboration’s Committee. Other member of the Slovene group in the Pierre Auger Collaboration are prof. dr. Samo Stanič, doc. dr. Sergey Vorobyev, doc. dr. Lili Yang, dr. Ahmed Saleh, and young researchers Gašper Kukec Mezek and Marta Trini from the University of Nova Gorica, and prof. dr. Andrej Filipčič and prof. dr. Marko Zavrtanik from the Jožef Stefan Institute in Ljubljana. The research of the Slovene group is financially supported by the Slovenian Research Agency.

Ultra-high-energy cosmic particles are protons and atomic nuclei of different elements, from helium to iron, which travel through cosmic distances almost at the speed of light. They are very rare – Earth is hit on average by only one such particle per square kilometre per century – which means that a very large detector is needed to study their characteristics and origins. The Pierre Auger Observatory measured the characteristics of ultra-high-energy cosmic particles by measuring the cascades of charged particles occurring during collisions with atomic nuclei of atmospheric gases in 45,000 cubic kilometres of the Earth’s atmosphere above it. The detector system consists of a network of 1,660 ground detectors covering the surface of 3,000 square kilometres and 24 specialised telescopes for measurements of weak fluorescent light caused by the cascades. The combination of telescopes for fluorescent-light measurements and the detectors which detect the cascade particles when they hit the ground was first used by the Pierre Auger Observatory and has turned out to be very effective, as can determine the incoming direction of the ultra-high-energy cosmic particles with great precision, to less than one angular degree.

The analysis of incoming directions of more than 30,000 cosmic particles measured so far, showed that there is around 6% surplus from the direction of a relatively large part of the sky with high concentration of nearby galaxies and 120° away from the centre of our galaxy. This shows that these ultra-high-energy particles do not originate in our galaxy, but beyond it. So far, the measurements cannot be used to identify the exact point of origin, as the trajectory of high-energy particles bends in the magnetic field of our galaxy, meaning their actual location of origin does not match the measured one. A new, more precise study is planned, using even higher energies and focusing on only one type of cosmic particles, namely protons, which are the least susceptible to the influences of the magnetic field. This study will be made possible with the upgrade of the Pierre Auger Observatory, which will be finished in 2018. “The upgraded observatory will open up new opportunities for cutting-edge research and international experiences, also for Slovene students of physics and astrophysics at the University of Nova Gorica,” says Prof. Dr. Danilo Zavrtanik.