Very-high energy (VHE, ≥ 30 GeV) cosmic gamma-rays carry a very precious information on violent non-thermal phenomena in the Universe, such as the galactic supernova explosions or the environment of the super-massive black holes in the cores of galaxies. They can also be used for the inquiries about fundamental physics questions, e.g. the nature of the dark matter. Being neutral, gamma-rays are not deflected by the magnetic fields in our Milky Way and beyond it and, while arriving to the Earth, point back to the sites of their production. At these high energies, the gamma-rays even from the strongest sources – for example, the famous Crab Nebula – are very rare (≤ 1/1000) compared to the cosmic-ray protons and heavier nuclei. 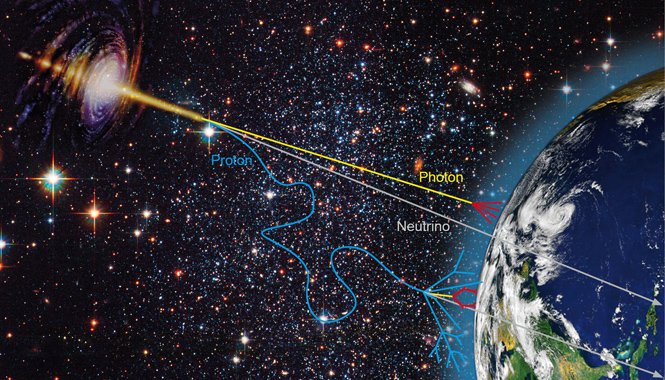 The fluxes of VHE gamma-rays are rapidly decreasing with energy, so the event statistics with satellite detectors, e.g. Fermi LAT, becomes too low. Indirect detection is used, via rapid (~10 ns) flashes of blueish Cherenkov light generated by atmospheric showers, cascades of charged relativistic particles (e+, e- ), resulting from the interaction of the primary gamma-rays in the high atmosphere. Arrays of imaging atmospheric Cherenkov telescopes (IACTs) on the ground collect this light using pixelated cameras of photomultipliers in the focal plane of optical mirror systems. Orientation of the shower Cherenkov images and their shape are used to suppress considerably the background from images created by the charged cosmic rays. 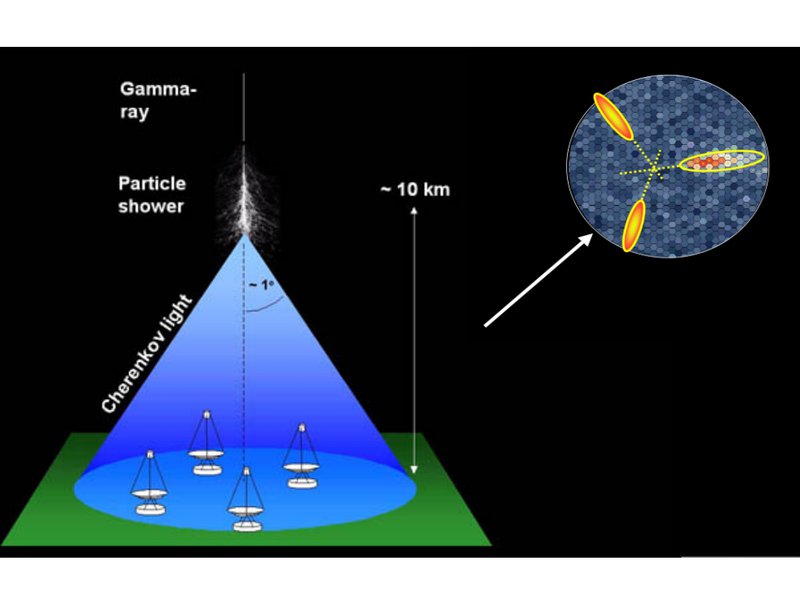 Since the last decade, the ground-based gamma-ray astronomy has reached spectacular results thanks to the current arrays of IACTs H.E.S.S., MAGIC and VERITAS, and become the mature branch of astrophysics. More than 150 VHE gamma-ray sources, both galactic and extra-galactic, have been discovered and studied, bringing light on the processes of particle acceleration in the sources, on the absorption of gamma-rays from distant galaxies, and on many other fundamental physics topics. 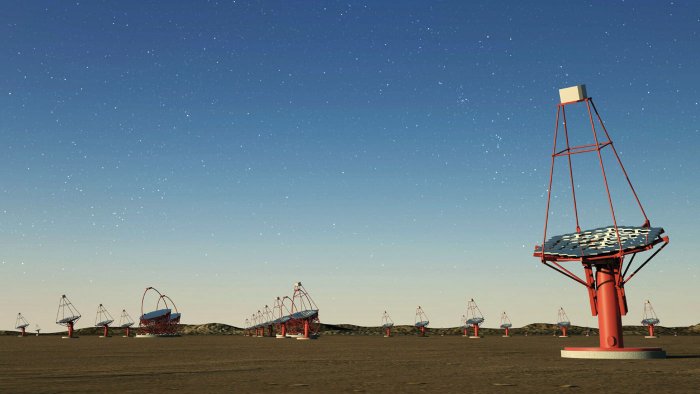 Based on this success, the astroparticle physics community prepares the world’s largest and most sensitive high-energy gamma-ray observatory, the Cherenkov Telescope Array (CTA), with more than 100 telescopes located in the northern hemisphere (at the Roque de los Muchachos astronomical observatory on the island of La Palma, Spain) and the southern hemisphere (near the existing European Southern Observatory site at Paranal, Chile). CTA will be fully operational in 2020. More than 1400 physicists and engineers working in 200 institutes from 32 countries in Europe, America, Asia, Africa and Australia are engaged in this project. 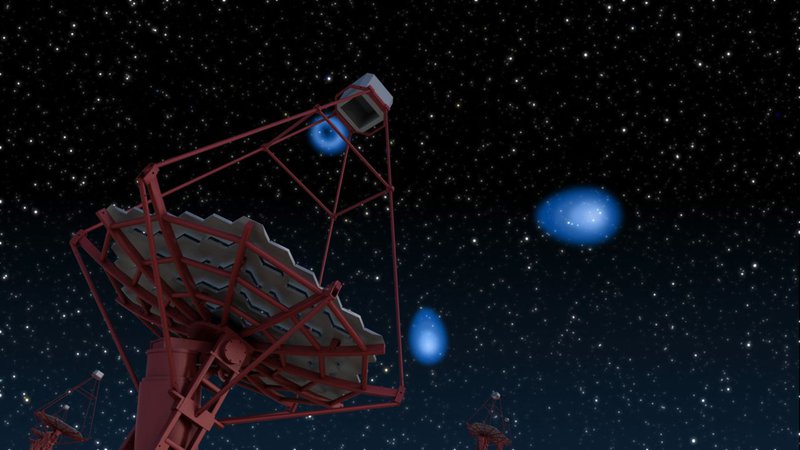 CTA will seek to address a wide range of questions in astrophysics and fundamental physics that fall under three major study themes: understanding the origin and role of relativistic cosmic particles, probing extreme environments and exploring frontiers in physics.

In December 2017 Slovenia became a shareholder of CTAO gGmbH which manages the construction and operation of CTA. The UNG group at CTA includes S. Vorobyev, D. Zavrtanik, S. Stanič, A. Filipčič, M. Zavrtanik, G. Zaharijaš and PhD students G. Kukec Mezek, C. Eckner and L. Zehrer. We are involved in observation feasibility studies, observatory design and construction, in particular in the characterization of SiPM detectors for Cherenkov telescopes. We also study the sensitivity of the future array to address various scientific questions, such as the emission mechanisms behind the most energetic gamma ray sources and the impact the array could have on addressing the longstanding puzzle of the nature of dark matter particles. Since 2019 Dr Zaharijas is a co-cordinator of the Dark Matter and Exotic Physics working group of the CTA Collaboration.